Where Can You Find the Supplemental Materials for the Learning Emotion Focused Theory (2004)?

You'll need to unzip the file, which will generate a folder with all the supplemental materials in Word documents by chapter.  Not an elegant solution but hopefully it will make this material available in the meantime until we can do better.  It would be helpful is someone would let me know they have a problem with any of this.
Posted by Robert Elliott at 12:33 PM 2 comments:

Good Friday at St. Mary's from the Point of View of Mary of Nazareth

Today, 25 March, is both Good Friday and also the date for the Feast of the Annunciation, being 9 months before Christmas. This hasn't happened since 1951 (when I was a 10-month-old baby) and won't happen again until 2046.
Today, for the traditional noon-to-3pm Good Friday service at our church, St. Mary's Episcopal Cathedral in Glasgow, our two priests (technically provost and vice-provost) Kelvin and Cedric decided they'd look at the Crucifixion from Mary's point of view. After all, she was the person who knew Jesus best.
So what we did for 3 hours was to journey with Mary through the story of all that she had gotten herself into, when -- in the words of the lovely John Bell song that we ended with -- she said at the Annunciation to the Archangel Gabriel: "Tell God I say yes".
Somehow, this was the most moving Good Friday service I've ever been to.   I had many thoughts during and after, as I walked home down a busy Great Western Road, among them:  The different chapters of this story, all of which we peeked into during our pilgrimage to the Holy Land last year, especially Mary's little underground room that we saw at the Basilica of the Annunciation in Nazareth, the high point of our pilgrimage the Holy Land last May; also my mother's fascination with Mary and the Goddess and her own spiritual journey, and my own connection to that.  But more than anything, the meaning of the word, "Yes!": what it means to take that leap of faith, to give oneself to another person, to a principle, to God, to the Universe.
If you'd like to know more about this, go to: http://thecathedral.org.uk/2016/03/good-friday-preaching/
Posted by Robert Elliott at 5:46 PM No comments:

Bill and the Toledo to Santa Cruz Move

Although our main home continues for now to be Scotland, for the past 9 and a half years we have maintained a house in Toledo, Ohio, as our US base.  In the meantime, our children finished university in Cleveland and went on to other parts of the US, leaving our old house as a kind of orphan.

About a year ago, however, we decided it was time to think about getting rid of the Toledo house and moving our US base to Santa Cruz, California. Since last April, we have made five trips to sort through the possessions that we left behind when we moved to Scotland.  We gave away at least half of our books and all of our music CDs; we decommissioned 6 old computers and confidentially shredded psychotherapy data sets; we persuaded our children to return to the family home to sort through their boxes of old toys and school papers; and so on and so on.

Two days ago, I arrived in Toledo from Scotland, with 13 hours of accumulated jet lag, having only two days before that flown back from Singapore.  There I joined Diane, who had been here for a week doing final sorts and packing.  We spent a very long day yesterday scouring the house from top to bottom looking for things we’d missed (these were numerous and sometimes surprising) and packing these up.  We finished up about 9:30 pm.

This morning, 12 hours later, Bill Frizzell and his bearded crew showed up to take the 100+ boxes and load them onto their enormous moving van, which he parked like a supertanker on our little street in suburban Toledo. Bill, who is driving our stuff to California along with 4 other loads, turns out to also be a former music minister and an occasional country singer, full of stories and at least one very nice song, which he pointed me to: https://www.youtube.com/watch?v=i4CiknL0Sjw . (Also, a song called "Shake Your Head", which he said has been popular in Scotland, even Radio Clyde, backed by his autistic nephew on drums and guitar.) He even stopped to help my neighbor whose tire was almost flat. From a European perspective, this might sound so working-class middle America as to almost be cliche, except that it felt wonderful. Somehow, I feel like our stuff, not particularly valuable but full of memories precious to us, is in good hands. 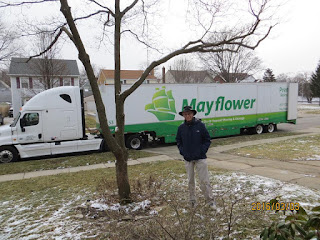 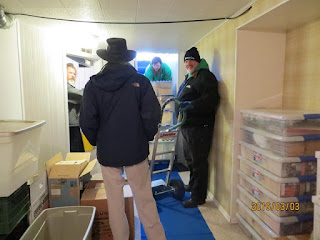 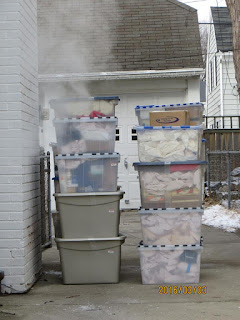 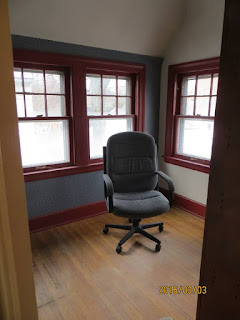 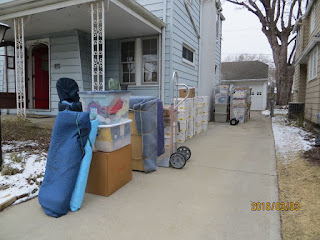 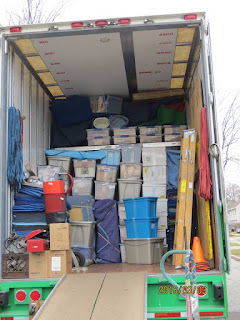 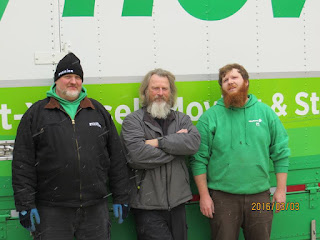 Posted by Robert Elliott at 7:53 PM No comments: