In Memorium: Gladys Stands at the Crossroads 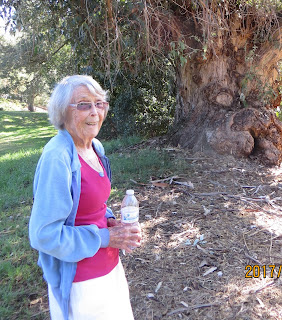 Note: Gladys Pearson, my mother-in-law, died unexpectedly a month ago, on 29 December 2017.  She had lived a long and exemplary life, and was 87 when she passed.  A year ago, Diane and I moved to Pleasanton, California, to help take care of her during even-numbered months.  In spite of her gradually increasing frailty, we had settled in for the long haul with the hope of supporting her for several years or longer.  Her death leaves us with an existential vacuum that I think will take us quite some time to work our way through.  For now, we have decided to make no decisions for the next 6 to 8 months while we work with Diane’s siblings to settle Gladys’ affairs.

I’ve known Gladys for roughly 45 years, and for the past five years since my own mother’s death, she has been like a second mother to me, and more so since we’ve been living near her in Pleasanton.  She was completely different from my mom in many ways, but over the many years I’ve known her, I’ve become quite fond of her and to really appreciate her...

I wrote the poem below in her memory to try to capture some of what I’d come to know and love about her.  I started from verses 8:1-3 from the biblical book of Proverbs, one of the readings for her memorial service:
Does not wisdom call, and does not understanding raise her voice?
On the heights, beside the way, at the crossroads she takes her stand;
Beside the gates in front of the town, at the entrance of the portals she cries out.
(New Revised Standard Version)
Last Sunday, at church in St Mary’s in Glasgow, the first two hymns we sang were both contemporary John Bell pieces. (John Bell is a member of our congregation and often sits about six rows back from us in church.)  I asked myself what it was that I find so distinctive and appealing about his hymns. I noticed first his use of language: There were almost no long, latinate words in either hymn; instead, he used short, Germanic words, which gives his writing a more direct, earthy quality.  In addition, as is common for him, he used lots of alliteration.

Well, I thought, Gladys was a down-to-earth, plain-spoken person; let me try to write a poem for her in the style of John Bell, and see comes of it. The result is the following poem.  She wasn’t too fond of my recent rewriting of the Lord’s Prayer, which I posted here late last year.  I hope that she would have been pleased by this attempt to honor her, and not too embarrassed. I wish that I’d been able to read it to her when she was still alive.


Gladys Stands at the Crossroads

Gladys stands at the crossroads,
Where four roads meet.
She does not cry out, that is not her way;
Instead she waits and watches with us.
Far behind her is the farm, the smell of ash,
The long line of all that is past in her long life,
Those she’s known, loved, protected,
Present and departed.

The road to her left leads to love:
Family and friends, work and church,
Taking in the children of many lands,
Making them family.
She knows this way well,
She’s walked it all her life...
This is the way of the heart.

The road to her right leads to courage:
To do and say what is right,
To face loss, to tend the sick,
To defend the weak and those who’ve gone astray,
To seek truth and grasp understanding...
This is the way of the mind.

The road before her is dark, obscure,
Full of unknowing, a tangled bramble:
Through this there is no clear path,
She must weigh the different ways,
With prayerful thought and care.
Love and courage are helpful there,
But wisdom is what she needs and has...
This is the way of the soul.

We watch her go along that forward way
Into the mist. She has left
A small candle flickering in our hearts,
But it does not go out.
We too stand at the crossroads,
Or at the city gates, or even in a high place,
And perhaps we do cry out, for her.
But she is still there, the candle still burns:
We carry her courage, we live her love,
we walk her wisdom. 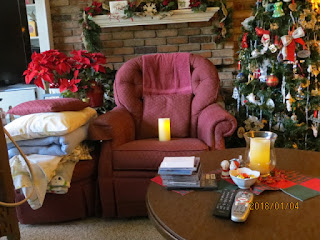